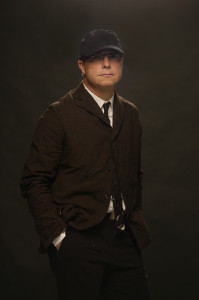 Born on September 1958. 100 Years after “The Book”. 6000 years after the emergence of the craft. 4 billion years after the emergence of life on earth. Posing a simple question: how could he perform poetry in primary school, focus on mathematics and music in high school, been expelled from mathematics, stopped piano after 17 years of study, jumped on comparative literature and philosophy, jumped in Marxism and psychoanalysis, practices print and electronic media, (DJ as Marxist, editor as philosopher, CEO as Darwinist) ; thus started with Darwinism even when he hated the idea… Published other’s books, wrote poems, produced theater in the largest and in the smallest slovenian production house… Started to consult in public relations in dispute with advertising, developed Standard model of branding (c) in dispute with advertising… Survived the period of apparent inaccessibility of science, survived apparent inaccessibility of running… Somehow proves thet emergence emerge.