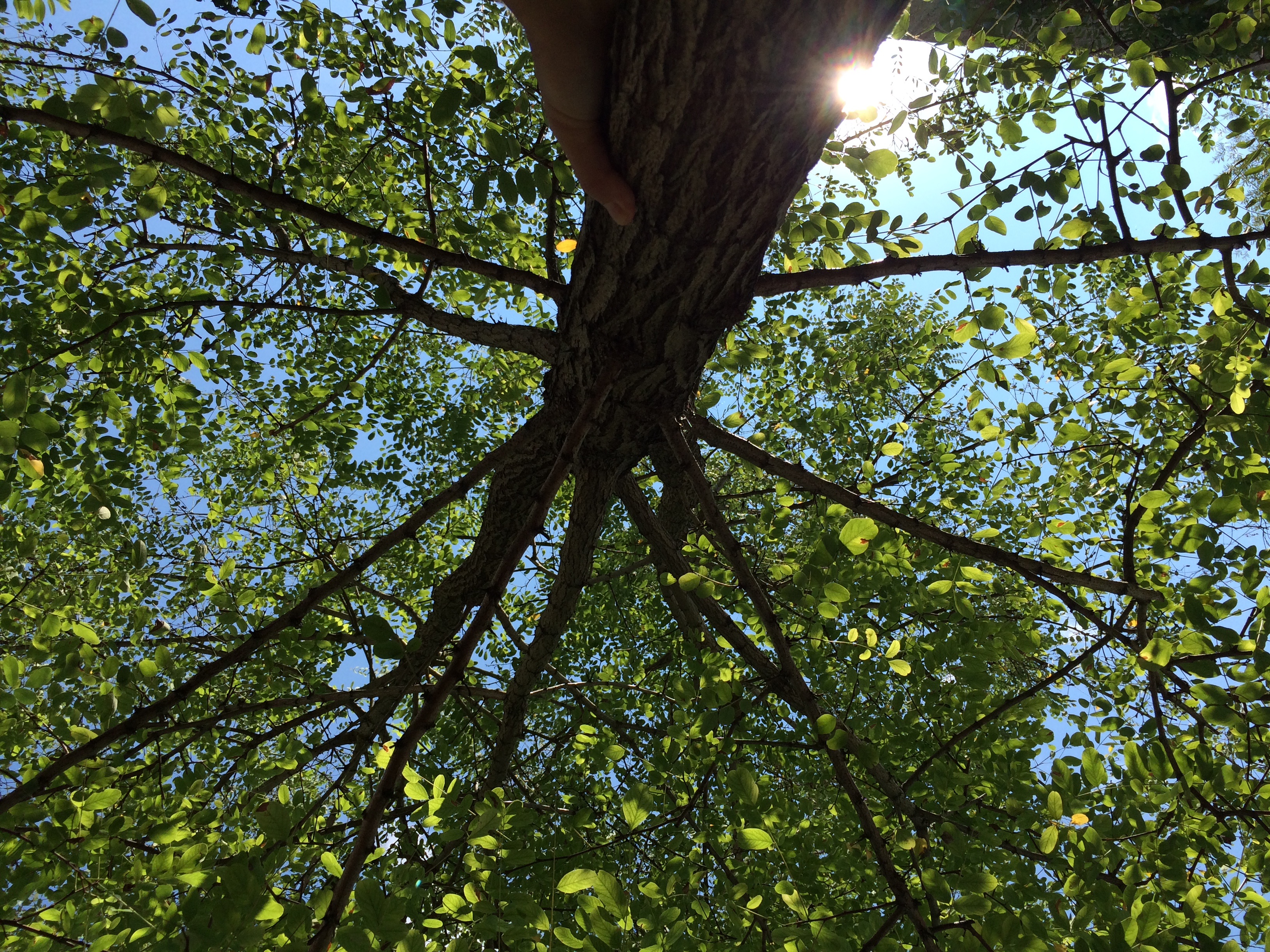 There is a saying that a man should write a book, plant a tree and have a child. It does not matter if it was Picasso that coined it. At least not for me. It is not valuable because of an author. You simply have to relate to it. And for most of my life it was easy to set my score on 0/3.

But then a book came. Not that I would not publish a lot from earliest possible times. I guess I’ve got some of my writings published in school newsletters when I was 13 or there around. And not much later some poems and not much later tons of book, film and theatre reviews in various Slovenian newspapers. But first book came only in 2009, If I skip few that I only co-authored. Anyway: 1/3.

I never was much of a gardener. I helped grandmother with lettuce and mother with her vineyard, but Concepts of wood are much closer to me than wood itself. Until I got a small plant you now see on this photo as grown enough to be presented. It is not just a tree. It is acacia. And as acacia it is much more a concept than a wood. Important concept. But still it can not avoid being a tree at the same time. So: one only to go!

But this one is tough one. We do not have children and I guess it is by nature a “bit” too late to have one. Even if an adoption would be an option, that would not really complete the task. But then again, according to Richard Dawkins Discovery of memes as second replicators that are unique replicators for humans, and since I tend to belong to humans, I decided that my memes attached to different media that will hopefully last longer than one physical body life suffice to conclude: mission accomplished.

At the end: all three of goals are nothing but brainchildren. So mission accomplished should be presented as: 3/1 (three in one).