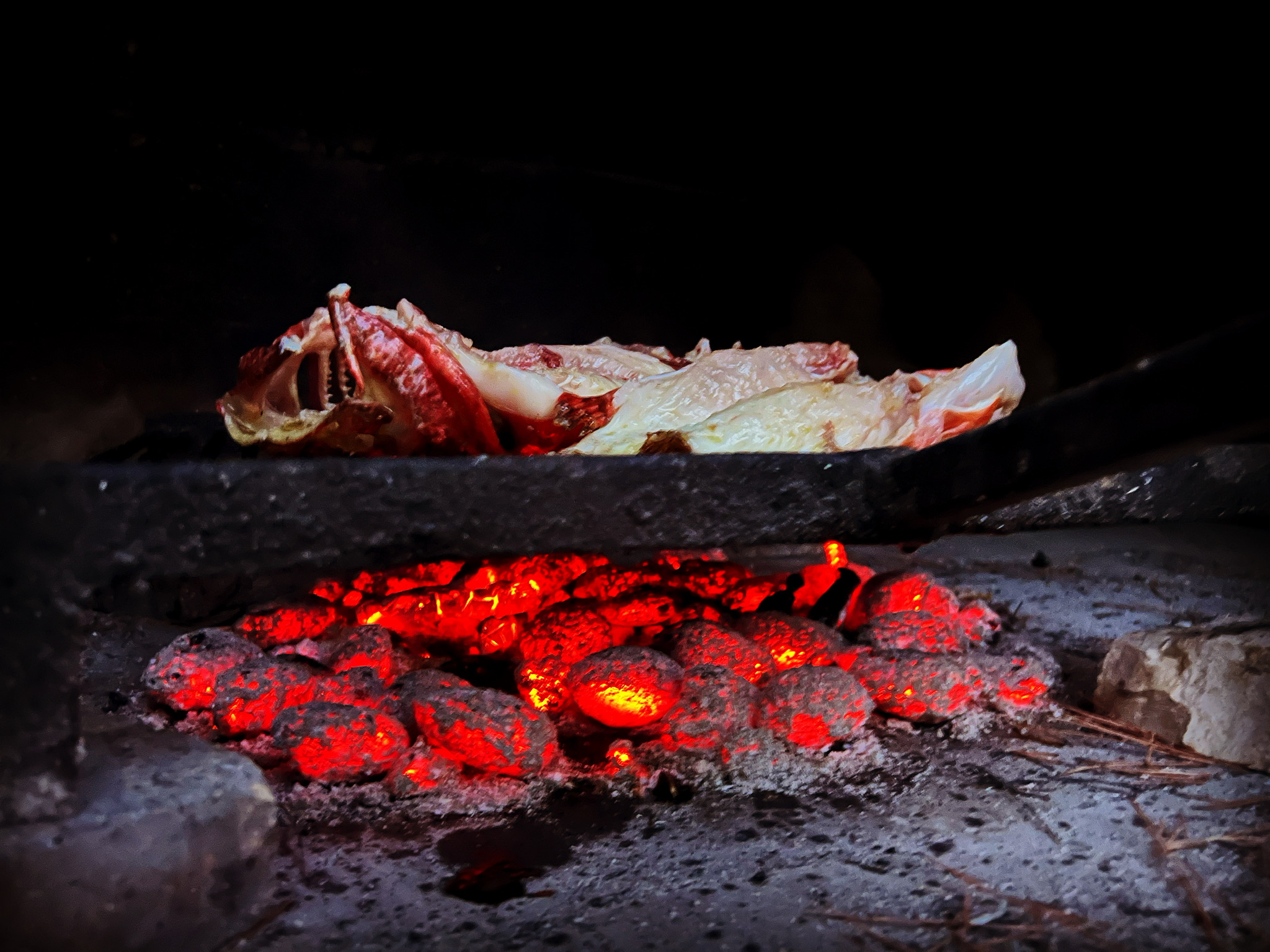 Chomsky’s Language and responsibility (Chomsky, Chomsky, and Ronat 1979) open a perfect view of Chomsky’s paradox of his political views in the first section of the book, chapter Politics. This paradox is essential for this blog because it perfectly explains many apparent paradoxes of today. Chomsky was and still is perhaps even more influential for his political views than for his linguistics, so it is no surprise that what he was pleading for came true quite soon. But even more, we shall see that what he was begging for was already there at the time of this interview, at least in the US. This is Chomsky’s paradox.

The thread begins with quite a surprising statement from Chomsky, who is considered to be representative of the US intellectuals and intelligentsia:

For example, take the question of the role of the intelligentsia in a society like ours. This social class, which includes historians and other scholars, journalists, political commentators, and so on, undertakes to analyze and present some picture of social reality. By virtue of their analyses and interpretations, they serve as mediators between the social facts and the mass of population: they create the ideological justification for social practice. Look at the work of the specialists in contemporary affairs and compare their interpretation with the events, compare what they say with the world of fact. You will often find great and fairly systematic divergence. (p4)

First, he is already controversial in this statement, namely that if they create a picture of reality, it is nothing but a social reality itself.  If they are mediators than this, what they mediate is the world of facts itself. But this controversy is much too subtle even for not-so-blindfolded social interpreters like Chomsky.

What Should really strike us is that he is not considering himself a member of the intellectual elite, intelligentsia. Still, at the same time, he is performing precisely the same job that is criticising in the above section. What he says is: I’m able to blame contemporary intelligentsia, their world of fact, with their methods and consequences, but at the same time not being part of the criticised intelligentsia. They create ideological justifications, but I’m not.

So basically, he is right that there is always an interpretation »of facts«, but he is blind about his role in the process. He interprets but simultaneously wants to present himself as not an interpreter of facts. But then he comes with the statement that one should agree, and that is important for this thread:

Precisely because of this tendency one must be careful not to give the impression, which in any event is false, that only intellectuals equipped with special training are capable of such analytic work. In fact, that is just what the intelligentsia would often like to think: they pretend to be engaged in an esoteric enterprise, inaccessible to simple people. But that’s nonsense… Correspondingly, it is very important for the professionals to make everyone believe in the existence of an intellectual frame of reference which they alone possess, so that they alone have the right to comment on these affairs or are in a position to do so. (p4, 5)

The passage is important for two reasons. The first one is that he is more than right about the intelligentsia self-perception but at the same time also that this perception is commonly accepted. If they construct social reality, then that construction as the ideology base of society creates them as the only possible interpreters of the reality. But since Chomsky denies the privileged access of intelligentsia and intellectuals to the ability of interpretation, he has to exclude himself from this class, the second reason for the importance of this passage. He understands that if he is seen as a part of the intelligentsia class, then he falls to the same criticism that he is addressing to the intelligentsia.

To be fair, this paradox is unavoidable. It reflects a vicious circle: one becomes a member of the intellectual class by being recognised as the one who can interpret social facts. A mathematician that confines himself solely to mathematics is never seen as an intellectual. A common man has similar tools to interpret reality as an intellectual or mathematician, he interprets it with the same ability as intellectuals, but his memetic field is not infected by those esoteric memes that Chomsky is talking about. There is a gap between intellectual and non-intellectual, but it is not of class but memetic structure.

Predictably, Chomsky then applies this introductory analysis to the actual situation. And here, the story becomes fascinating since it opens the particular Chomsky paradox.

Chomsky is a socialist, and the following statement is of no surprise:

To my knowledge, in the American mass media you cannot find a single socialist journalist, not a single political commentator who is a socialist. From the ideological point of view the mass media are almost one hundred percent »state capitalist.« (p9)

The United States is unusual among the industrial democracies in the rigidity of the system of ideological control – »indoctrination«, we might say – exercised through mass media. One of the devices used to achieve this narrowness of perspective is the reliance on professional credentials. The universities and academic disciplines have, in the past, been successful in safeguarding conformist attitudes and interpretations, so that by and large reliance on »professional expertise« will ensure that views and analyses that depart from orthodoxy will rarely be expressed. (p8)

What is striking is that the exact words could come from Thomas Sowell (Sowell 2001) and (Sowell 2018), Michael Knowles (Knowles 2021), Jordan Peterson, Roger Scruton (Scruton 2014) and other representatives of conservative intellectuals, but course from an opposite point of view. What they have in mind is not what Chomsky proceeds with:

Here in the United States there is an astonishing degree of ideological uniformity for such a complex country. (p9)

True. But what comes just after that keep our mouths open:

Not a single socialist voice in the mass media, not even a timid one; perhaps there are some marginal exceptions, but I cannot think of any, off-hand. Basically, there are two reasons for this. First, there is a remarkable ideological homogeneity of the American intelligentsia in general, who rarely depart from one of the variants of state capitalistic ideology (liberal or conservative), a fact which itself calls for explanation. The second reason is that the mass media are capitalist institutions… The fact that these institutions reflect the ideology of dominant economic interests is hardly surprising. (p9)

Chomsky is so profoundly blind that he even states:

In the spring of 1969 a small group of students in economics here in Cambridge wanted to initiate a discussion of the nature of economics as a field of study. In order to open this discussion, they tried to organize a debate in which two main speakers would be Paul Samuelson, the eminent Keynesian economist at MIT (today Nobel Laureate), and a Marxist economist. But for this latter role they were not able to find anyone in the Boston area, no one who was willing to question the neo-classical position from the point of view of Marxist political economy. (p13)

Give me a break! Indeed, they could not find a Marxist economist since Kensyanism had already absorbed the Marxist economy, the very ideology Samuelson proposed. On the other side, there were von Mises, Rothbard and the same that could not enter the American mainstream since they posed a threat to the same state capitalism that Chomsky criticises. If not Rothbard, they could ask Milton Friedman – but again, he does not comply with that exact statistical ideological conformity that those students and Chomsky himself were subjected to. No Marxists were speechless since they had successfully utilised Marcuse’s order to occupy institutions under various »pleasant to ears« names, but liberal economists and liberal intellectuals.

Chomsky was right that the US institutions were and still are ideologically so much uniform that all those who do not comply with this uniformity stay speechless. His paradox is that as a member of the ruling ideology could not see that he was attacking himself.

Scruton, Roger. 2014. How to Be a Conservative. Bloomsbury Publishing Plc. https://www.audible.com/pd/How-to-Be-a-Conservative-Audiobook/B09NWC1JRD.