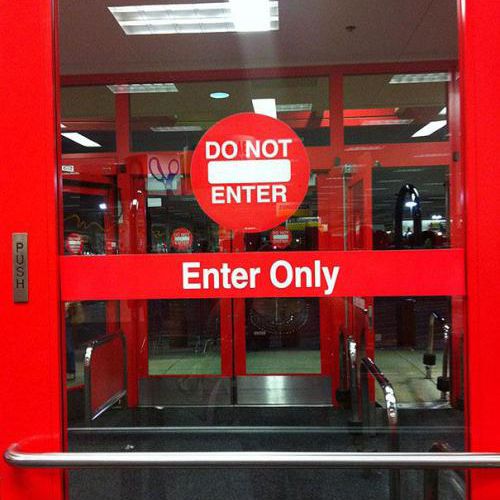 It all changed overnight with coronavirus entering the western hemisphere. Literary. While we were attending sports events, gyms, operas and shopping malls yesterday freely, we are today in-home quarantine, healthy or sick.

For most of us, measures taken by various states and local communities did not play any role. Pictures and news from media from Italy were enough to raise our precaution actions to the highest imaginable degree. But most of us are not all of us. There are few only enough to spread the virus further, an that caused a pandemic situation — a crisis.

A libertarian in crisis?

It is not the intention of this post to enter virology as I am neither doctor nor healthcare specialist. What I want to reflect upon is one already apparent reaction to actions of various states, limiting freedom of movement for its citizens to an almost highest possible degree. Many see the apparent acceptance of such »authoritarian« measures of different countries as proof that all libertarians that fight against overwhelming power od the state are wrong. Don’t you see, they claim, how important it would be to have a strong state. Some of them even proclaim the end of the libertarian movement and also the capitalist economy after this Korona crisis.

Let me first reflect upon the crisis itself. If this is a real crisis, crisis management should take place by definition. Who could take such measures? As a libertarian, I would opt for one possible answer only: the state.

How can libertarian support a strong role of the state in any situation?

Upon libertarian views, explained so profoundly by Ludwig von Mises and by American Founding Fathers, for instance, civil society »constructed« a state for one reason only: to safeguard internal and external security. All other civil issues can be managed and have been handled by civil society without the interference of the state in America before the 20th century. It is security only that the state should and must interfere, for one reason alone: for protection of private property of individuals a basis for any individual freedoms. It was clearly explained by mentioned great personalities, that without freedom of property, all other liberties fall apart. And the state only that should protect individuals from internal breaches of this rule by police and judiciary system as much as external by the army.

But what have we experienced last month at least in Europe? Weak responses first from Italian, later by Slovenian, French, German and even Swiss governments.

Not only because they were incapable of addressing the crisis, but states were also incapable because contemporary states want to manage normal civil society relations: They interfere in all aspects of civilian life, from commercial, health, education to culture. Present states regulate what they should not manage and do for that same reason lost the ability to handle situations that they were established for. Crisis.

Let me make this statement clearer. As much as we have various levels of commercial insurances for our civic life, we should have one supra insurance for the cases of crisis that threatens the basis of individual freedoms, property, including the ownership of oneself. Such supra insurance is the state. Its sole function should be to collect taxes and other resources for cases like corona solely. Should state leave matters of civil society to civil society, they could, like good insurance companies, collect tiny premiums over a more extended period to activate them in large quantities when needed. Should they not waste taxes collected for a zillion of unnecessary activities, they could super-insure now not only health system but also the economy and individuals that will soon feel burdens of economic crisis.

Let me explain this through the health system. Should we be able to insure ourselves for a predictable minor crisis in our life through commercial insurances, this would push us to behave like responsible citizens that take care about our property (our body) according to our personal risk policy.  We should decide about our health like we choose our financial investment policies. Why should I be allowed to decide upon something less critical (money) and not something that is utmost important (health and life)? Why should someone (the state) take care of my health? Am I not adult enough to decide upon my life?

The state and black swans

On the other side, there are black swans (N.N. Taleb concept), like Korona, that can happen even outside of one particular lifespan. I am prepared to super-insure myself against such black swans through an institution that is a supra-structure parallel so civil society commercial structures. They could rest in peace, or better, work only on preparation on black swans both materially and functionally. And that is also a basic description of what crisis task force should do.

So as a libertarian, I support a strong state for emergencies only, and non-existent state for affairs that can be handled by civil-society institutions.

The crisis and “the crisis”

Here comes the importance of the term crisis. A crisis is an event that was to happen sooner or later but with unpredictable consequences. Crysis is manageable, but not with standard tools. Normality is and should be forgotten in times of crisis. For that reason, it is crucial to understand that crisis is, by definition, limited in time. A long-lasting crisis is not a crisis any more, but normality. That is why crisis measures should be severe but short-lasting.

Let me explain the time dimension through one another issue that was on the top of the multinational institution up at least upon the recognition of corona. So-called climate crisis.

Do you see a contradiction in terms? Climate crisis is »happening« form Al Gore prophecy some 15 years ago that we will soon die if we would not act. We did not respond, so there we still have the crisis, but at the same time, we did not die, as predicted. Climate crisis is not a crisis by definition. One cannot have a crisis lasting for 15 years. Climate change is normality, that behaves like all complex systems unpredictable.

One job only, but you failed!

And here we have this same paradox of how states behave. They pump enormous resources in climate actions, that are typically handled by civil society for at least 200.000 years upon »the arrival of humans on Earth. Still, they have not enough resources to handle the sole real crisis at the moment, coronavirus.

The state that manages civil issues and cannot handle a real crisis is called a totalitarian state. It was seen in Soviet Russia, for instance, that interfered in everything but crisis related to hunger that starved to death millions of Russians. We are not living in times much different from those in Soviet Russia. Our states manage everything but current Korona crisis. Our states are at least by intention totalitarian.

Let me conclude by stressing that if you understand this post as a provocation and exaggeration, you missed the point. The situation is like explained or even worse.