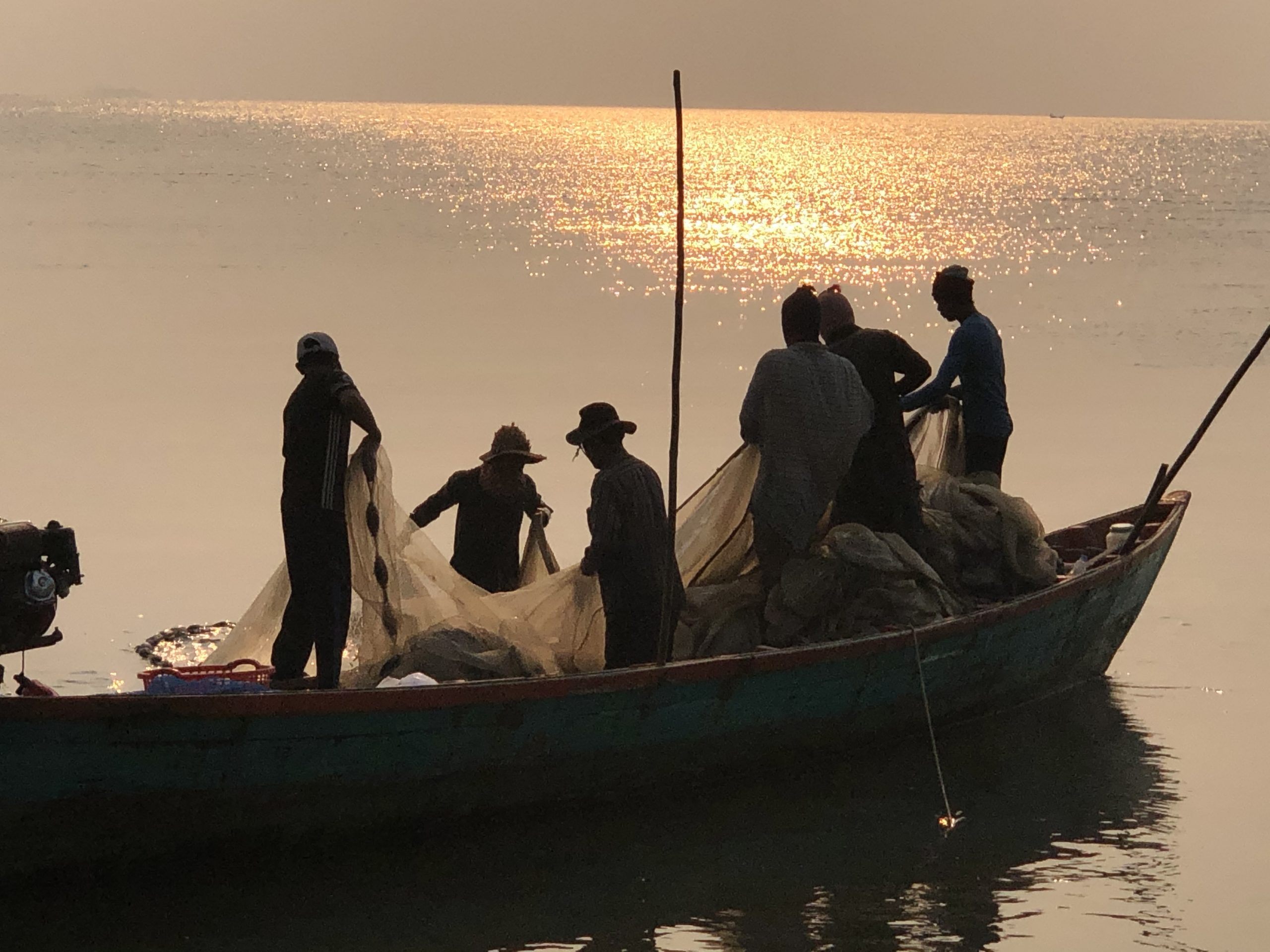 One has to be pretentious after not even Piketty could say anything new about Marx infamous Das Kapital (1867) and rewrite it.

It is not the purpose of this article to analyse reasons why the capital as presented by Karl Marx seems to play a role of a snake in front of a mouse, the mouse being, in this case, liberals and neo-liberal economists. I intend to leave this tragedy of contemporary economy (leaving Ludwig von Mises and his heirs as the few only that should not be condemned) aside and jump directly to a solution. For the solution there is!

The solution lies in front of our eyes in the form of the basic concept of Integrated reporting, six capitals that serve as holders and levers for added value produced by any organisation. As we shall see, I hope, the Marxist’s snake vanishes like a ghost only by a simple scrutinisation of six capitals.

Flaws in IR Framing definition of a capital

But let me first share my surprise about the great minds behind The IIRC for their omission to conceptualise what a capital from a perspective of value growth really is. The Integrated Reporting Framework defines the capitals as »the stocks of value that are increased, decreased or transformed through the activities and outputs of the organisation«. (2C 2.11) While this statement is certainly correct and is also an important trigger for a global success of Integrated Reporting practice, it is insufficient.

For that reason, it creates a considerable problem for all of us practitioners of IR. This insufficiency is seen even better thorough this statement (2c 2.15): »Financial capital – The pool of funds that is: …« This is not only insufficient definition of financial capital but a misleading one, while financial capital is from the standpoint of an organisation primarily a debt to an owner.

It should be clear without any further elaboration that to understand capital as »a pool of funds« in contrast to »debt to an owner« shifts a perspective from responsibility towards into » let’s have fun with pools that we have«. At least financial capital is much much more than a resource that allows the organisation to play with other five capitals. I claim that it is exactly this shift that is the cause of the blame towards the neo-liberal economy, and it is just to blame. It is just blamed for neo-liberals forgot on the primary function of financial capital, responsibility.

It is easy to understand such omission from contemporary neo-liberal managers, for the agent towards whom they should be responsible becomes more and more obscure. That is why family-owned businesses regardless of size, tend to act much more responsibly than publicly owned companies, what even state-owned. It is namely still possible, at least in theory, to individualise public owners of stocks as agents. While they are at least in very dispersed ownership situations obscure, it is completely impossible to detect an agent behind a state-owned company. The governing body that »takes care« in the name od the State namely has no property of an agent for it has no skin in the game. An agency namely comes with skin only, as Nassim Nicholas Taleb so clearly proves.

But then it should at least The IIRC and its IR Framework present a clear explanation of any capital as not only »the pool of funds, people, tools and so on«, but as a debt towards the owner of each particular capital.

Let me thus explain six capitals from the perspective of responsibility towards the owner, the agent that has skins in the game.

Das Kapital as a debt towards the owner

Let me now jump to other five capitals using the same methodology.

It is quite easy with human capital. Owners of human capital, workers in the company, are clear agents and owners of themselves. Debt towards human capital is compensated monthly with a salary, so the balance is perfect at least in normal situations when a company is out of some major business crisis. The growth of human capital comes with either larger numbers of employees or with higher per capita reimbursement with the salary. It the first instance the overall human capital is enlarged by the quantity, in the second by the quality of each agent within the human capital.

Social capital and a negative capital

The real fun begins with the other four capitals.  Let’s start with the social capital or relationship capital. This one is the easiest to understand when it comes as a negative capital. When a local community does not trust the neighbouring company, this is reflected through additional costs that such a company has to increase its social capital. Since numerous other stakeholders could act in the same manner as a mentioned local community, a company normally manages trust/reputation with investment in social capital with the purpose to compensate for the actual or possible decrease of trust or reputation.

Who is the owner of social capital?

Let us be precise in addressing the owner of social capital. Since it is rightly called also relational capital, it is really co-owned by a company. This complicates the transaction part of this capital even further. And there is one other peculiarity of this capital, namely that is intangible. It means that co-owners might evaluate value exchange differently. Most often, the company underestimates the added value for the social capital that is created with its core activity. Companies, for this reason, overcompensate the inexistent loss with excessive sponsorships and donations. On another side, stakeholders, by definition, do not see benefits they already acquire by a normal operation of a company, so they expect more than needed. The problem of such overcompensations is that the surplus does not accumulate as a capital, but vanishes.

I shall now jump onto natural capital, for it is strongly tied to social capital as we shall see. Why? Because the natural capital has a completely absent agent or owner. It is said that all of us own the Earth, meaning that it is impossible to even, in theory, individualise the ownership and single out agents. This is the reason that various »agents« emerge that are in fact fake agents for they have an equal share of this capital as anybody else or even less, for they are normally compensated for their activities (donations and other activities of professional NGO’s for instance) while the rest of us with the same share in the natural capital is not.

That is why natural capital is, in practice, distorted into social capital. Companies do not relate to nature, but to stakeholders from the social environment that took the possession of natural capital as their ownership. Thus they own social issues and are compensated for them, while the natural capital stays unguarded. Unfortunately, it is not various NGO’ and Greta like individuals that took possession of the natural capital, but various supranational and national institutions as well. For that reason, the compensation of so-called climate change that is paid by all of us since dictated by the EU Commission, for instance, has more to do with social engineering than with the climate itself.

It is thus a long way to correct evaluation of the value of natural capital for each particular company. So far, I cannot prove that it is the market that should make the final evaluation of natural capital is the same market that set prices for products. But such my belief rests on the fact that all humans have an equal share in natural capital, meaning that no artificial or any central authority could perform such evaluation instead of the market itself. I am well aware that such conception goes against the prevailing ideology of progressivism and social constructivism, but why not if it is true.

Peculiarity of productive and intellectual capital

Last two capitals are productive and intellectual. Their common peculiarity is that they are both owned by the company itself. Productive capital is all non-human means of production from like tools, IT, real estate and vehicles. In contrast to natural capital, productive capital is of human-made nature. However, it is sometimes difficult to differentiate the natural capital of water from a human-made water supply, for instance. Intellectual capital is everything that is kept by the company after all human capital disappears. Goodwill, brands and patents, but also procedures and even internal culture although the later is inseparable from the activation by human capital.

According to the capital nature, productive and intellectual capitals are directly indebted to the company represented by the agency of management. The management has a stake in those two capitals and thus is the agent of ownership through evaluation of the point of view of other four capitals; in reality, through the remuneration awarded by owners of financial capital. It is exactly this point that makes Integrated Reporting such a powerful tool, the point in which all six capitals coincide in interdependence.

It is clear, I hope, that the capital is neither pool of funds and even less Das Kapital, later being defined as an evil that holds humans in its greedy hands. Humans are agents as teleological beings that tend to activate means (capitals in this respect) to achieve goals (added value). It is seen in the picture of six capitals that no player is expropriated from another and that the complex interplay between the value of the capital and the debt to an owner constitutes the unique property of civilisation.

Such interplay that is dubbed by interrelational nature of truth within the construction of and individual represents a foundation of Homonism.