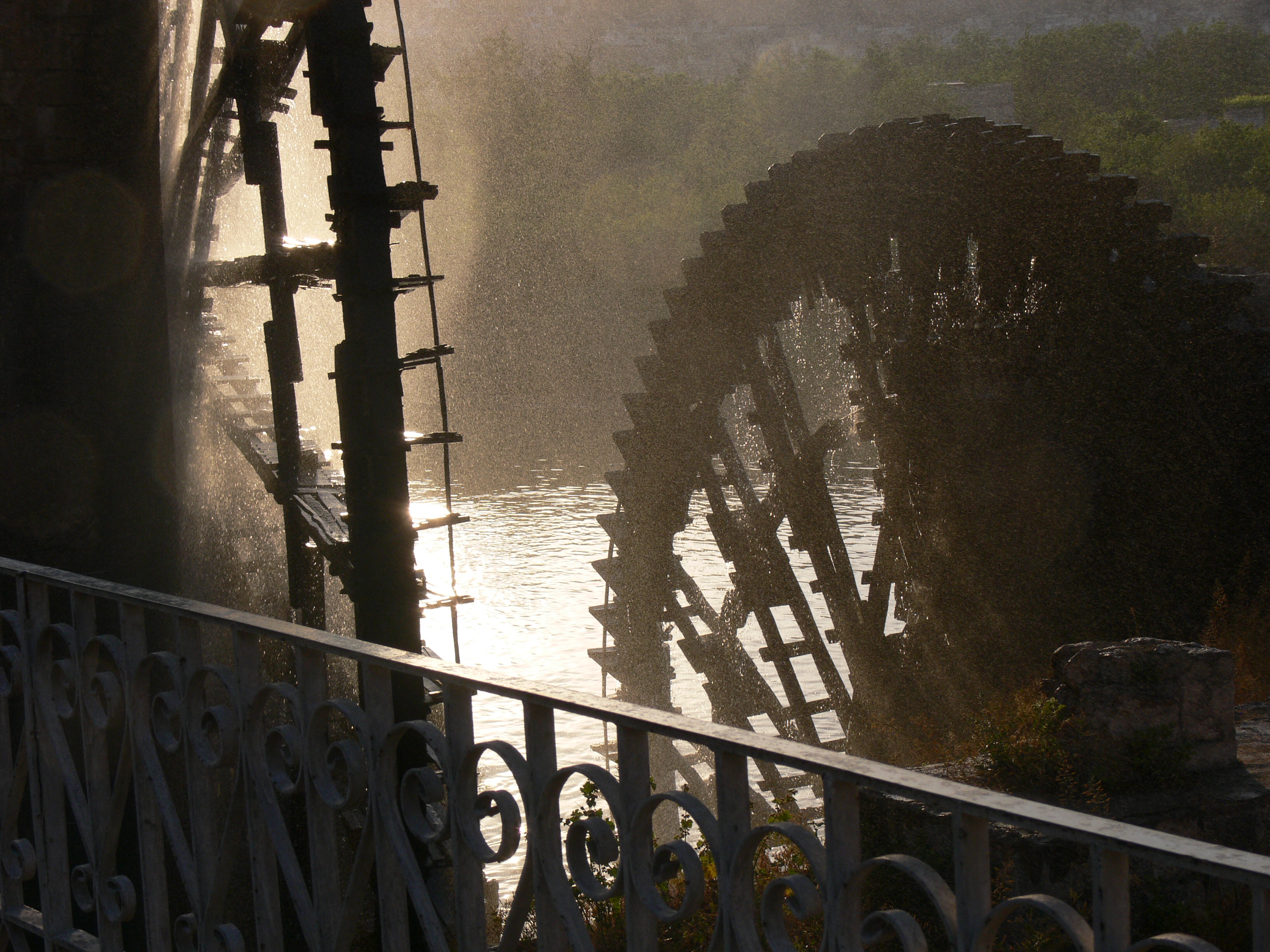 I have been considering writing about GDPR for quite some time but have resisted until today, for I do not want to be occupied by stupidities too much. But since this stupidity is not only time and money-consuming but also a threat to individual freedoms, let me put down some important considerations. I know nobody will care about it, but the case is not yet lost until at least a single person cares.

First of all, I have been spending time with clients and many services lately, and I am attached to doing something related to GDPR. For most of my clients, it was a waste of money. Considering that I am far the cheapest service provider in this respect since I openly claim that I know nothing about GDPR and that I even do not want to know, for it goes directly against my libertarian principles, I can only imagine financial and all other costs companies are having with GDPR. But I care about my time spent for no reason but to take care of all requests about my protection!

I need no information protection!

For all of you there: I need no protection concerning my personal information from the state, not from any company outside of the agreements and trust we have already established. Should anyone out there abuse my faith, I will also revoke mine. And that is all a free person could and should do in a free society.

Since we do not live in a free society, I am considering sending an invoice to the European Commission to reimburse the time spent on GDPR stupidity.

I do not want to and will never analyse particular paragraphs, for the case of GDPR is lost from the beginning and the purpose.

Give me a break! (I usually use language about GDPR that would be highly improper when publicised).

All premises listed and unlisted that GDPR rests on are WRONG. The only effect GDPR is already forcing is the promotion of a nanny state and further deprivation of individual sovereignty, responsibility and rights.

White cars are not allowed!

But then? Is not perhaps the GDPR situation akin to road traffic safety, for instance? When first cars were introduced, traffic was not regulated. But when traffic evolution brought the first accidents, rules were introduced to control the traffic to go as fast and as safe as possible. Isn’t it the same situation with Internet traffic? Don’t we have congestion, malfunctions and accidents there as well? Do we not need not only technical regulations but also regulations on whether we are allowed to drive black cars only or white as well?

As much as we are so far not regulated regarding brands (information) we drive, information (content) on internet traffic should not be regulated. We do not want to be protected from the information. Information is the sunlight that changes our body temperature and our reactions to it. Information is the colour of the plant that warns us against poisoning. Information is the fact that Assad committed the gas attack in Douma. … ??? Ups! Did he? Was this perhaps not fake news? Should we be protected from such phoney news? But then we would be covered by (UK) government against fake news committed by the UK government. While I can avoid information from any commercial brand I lost faith in, I cannot avoid being a citizen of at least one country! This is a pervert!

Language as an evolutionary tool (weapon)

As long as information and human language are understood as communication, so long such stupid notions of EU technocrats will emerge. Contrary to such a popular notion, language is a tool of domination. Humans enact our unique powers through language. We strive to experience such capabilities against us to enrich our personal abilities to gain a position within our communities. Language replaces battles for territories and for sexual partners in the animal world. Language as a weapon is like gravity. We seldom understand that we would not exist without gravity as much as we would not exist without language as hefty weaponry. We must feel language’s pain to develop our personal language further. We must be in contact with fake news to upgrade our ability to detect fake news, for fake in the memetic world is interrelational. Information is simply a hash added to the blockchain of human relations without a central authority that would prove it!

But what about the disposal of my personal data? Should I not worry that someone reveals something I do not want to be exposed to? But then, if someone knows something about me, that something is already shown. Facebook is all about that! All Facebook users want their data to be revealed and used. This is the sole purpose of Facebook from the very first day. If you do not like it, do not use it.

But then, isn’t Google’s case slightly different? We do not intentionally use service for our memes to be spread but to search for memes. This apparent contradiction needs further scrutiny. And I suggest we take the issue from the positive rather than the opposing side. How?

Why should I bother about what someone knows about me? What is the problem with a company having my phone number and my e-mail and my birthday? And using this information to feed me with information that is in the interest of that company or individual? As it follows from the previous argument, I want to receive as much information as possible; or better: I want to be the one that will select what I want and not some crazy bureaucrats in Brussels.

But isn’t GDPR enforcing this and only this? That I would have an option not to be informed. But I already have that option. I do not see the information I do not want. Even more: if someone is bothering me with the information I do not wish to, he loses his reputation with me. It is in your interest, dear company, not to bother me too much. It is in mutual interest for me and a company that addresses me that I am profiled by that company as much as possible as it is in both interests that I profile that company/brand. The core of branding goes in both directions: branding is profiling. The more profiled, the more we profile, and the less time we spend selecting among brands, information, people, memes …

Brussels bureaucrats are the only ones who dislike such memetic/branding/commercial cohabitation. Profiling is the best that can happen to any individual. It is proof that it exists as a full-bodied individual!

We all want to be profiled if we are humans.

I want to be profiled! My mail is known. My phone number is +386 41 613940. I was born on September 1st 1958. What else would you want to know? I will reveal everything but that I do not wish to reveal. And it is my responsibility and right to decide what to reveal and what not. I know that smartphones detect your location. As I said, I have turned it on, for I want to be known and profiled. If you do not wish to, reconsider once again if you are human. Humans, in general, want to be known. Humans want to leave a trace of what they do. This feature is constitutional for humans.

But what about abuses of my personal information? Abuses? What abuses? Should I be worried that the doctor spread details about my health condition? No, because it is in the brand of the medical profession that I trust that promises not to reveal my health condition. I do not need bureaucrats to protect me from such possible abuse. It is between my doctor and me and his profession. It is a contract between Facebook and me that I care for, and Facebook cares for. Facebook has much more to lose if the trust is broken than me. I can quit the service while Facebook can only go bankrupt.

As much as we say that if you cannot sustain the heat, do not enter the kitchen, we should be aware that we cannot refrain from being in the kitchen of information, fake news, promotions, positioning, etc. We, as living creatures, are humans only as much as we are exposed (and not protected) to such interactions. So GDPR is destroying the most precious quality that we as humans have: our humanity.

Memetic death is impossible (at least in the short run)

I will leave aside that most of us but a lucky few are going to be forgotten quite soon, so it does not make sense to be frustrated about not being forgotten. But on the other hand, we must consider that life is like a blockchain. Once that something has been written, it can never be erased. Time is irreversible. I cannot change the fact about my birthday. I could, though, change the data of the day of my birthday. I might fake my birthday to get a driving license after I am going to be 90 or more. Some movie stars might fake being young while being older. In the first case, I break the law, and the case is simple. In the second movie star is only ridiculing herself. I can thus execute to die as a biological (genetic) creature, but I cannot, in principle, be forgotten as a memetic creature. In this memetic sense, reincarnation is not a speculation but a fact.

Should anyone bother about fake news about him on digital media accessible by Google? Most probably, 90% of fake news was produced by subjects of such fake news. People want to be known, even if by fake information. The rest are like good old analogue gossip. Can you prevent talks? No. And why? Gossips are as much as fake news constitutional for humans. Gossips prevent us from being robots or creatures that exist only in the heads of Brussels bureaucrats.

Let us conclude with entirely plausible speculation: Victor Orban is a universal threat to individual freedoms by Brussels bureaucrats (and intellectuals) to hide the real Orwelization: GDPR.