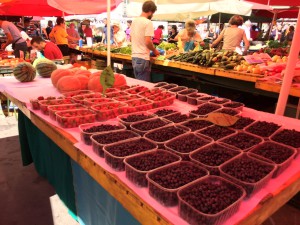 The metaphor of the “invisible hand” coined by Adam Smith is one of those metaphors that does more damage to the concept behind it than any possible antagonist could.

The question of an agent

This metaphor is powerful because it refers to something that every human can understand – the hand. The hand cannot be anything other than a tool of an agent. This agent can either be physical (a part of a concrete body, a concrete agent in a Gea biotope) or metaphysical, like God. In either case and all cases, it is clear that we cannot attach the hand to something that is not an agent. We cannot perceive a hand without a particular force with a specific interest moving it, and that is an agent.

The market is an emergent property of a complex value system that is there for the sake of exchange.

I would venture to say that it is precisely the fear of “me” being the only one responsible that causes humanity to dream of some sort of invisible hand that would absolve “me” of that responsibility. This is why we like to talk so much about humanism (something abstract, there somewhere…) rather than homonism, which posits individual responsibility.