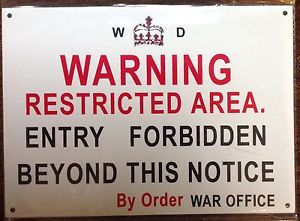 Assessing last 100 years of corporate practice in western democratic societies one clearly sees that both branding and lobbying developed as professional and highly organized and positioned practices of every commercial enterprise. Although by rule they are never organized within same department and employing professionals that do not overlap with their skills, it looks like both activities work hand in hand for the benefit of organisation they are placed in.

As it so often goes with such self-evidences this one is as well as many others far from truth. One only has to check the premises and goals for both activities.

The main purpose of branding is to shape something that is on the market (product, service, person, region, …) in such a way that returns as high as possible added value from the exchange of that good on the market. It is consumer’s perception of values that he would gain with a purchase, that is the sole objective of branding. It is “me and consumer only” that is the optimal position of any branding strategist and brand manager. It is unhampered market that is ideal situation for branding for both participants on the market, seller and buyer, brand owner and consumer.

Lobbying is an activity that tries to gain advantages for the company from legislators and other decision makers on state or local level. The only (or at least a final) public that lobbying is focussed on are decision makers that make decisions in the name of so-called public interest. It is due to the fact that such decision maker’s sole goal is to hamper certain aspects of a market “in the interest of” so called general public that companies employ lobbying. Should there be no market hampering from those that act on the market as a power in the name of so called general public, there would be no need for corporate lobbying.

It is thus very easy to asses how much certain economies rest on statism (collectivistic regulations) or on unhampered free will of individuals (humans and companies) entering the market from the resources allocated respective to lobbying and/or to branding. It is easy to see that we live in mixed economy for more than 100 years in so called western democratic world. But it is also easy to see that lobbying is gaining momentum in comparison to marketing and branding, so the conclusion that we are moving in opposite way from liberal market and liberal human is quite obvious.

Conclusion: Correlation between lobbying and branding is -1.

Disclosure: I have to admit that though my heart lies in branding, I do act as lobbyist from time to time. There is only one excuse for this that one cannot pretend that he is living in a different world than the one he is really living in.