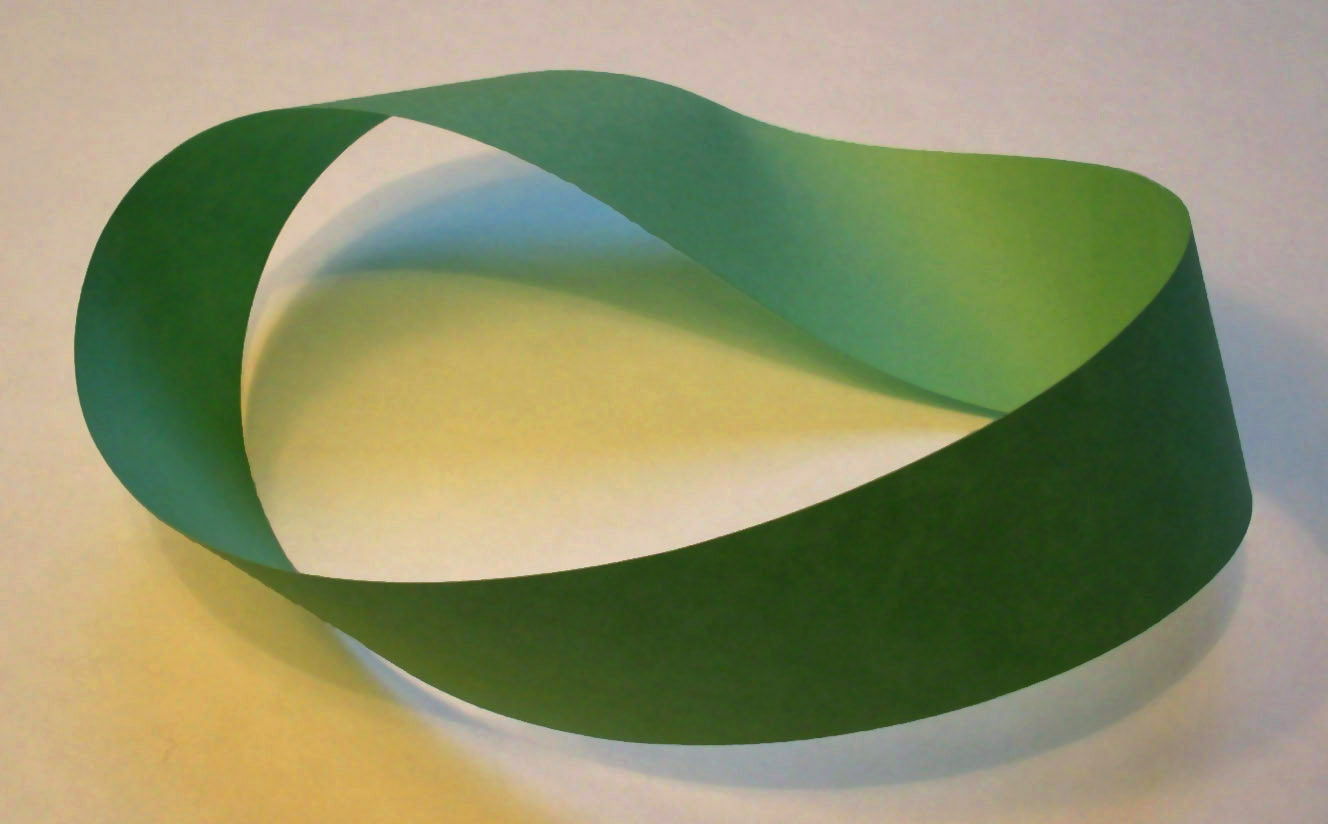 Quality of Higgs as yet not considered dimension multitude (ν) times time space. Meaning that this quality has more possible values than is the number of all possible values of our Universe. For that reason I gave F’in G’ nickname “fucking”.

But that “fucking” large happens only if considered from scientific standpoint. Or better: it explains why scientific method as valuable as it is multiplies paradoxes with each new advancement. Science is in fact very much Socratic: more that is discovered, less sense discoveries make. Closer that we are to object examined, less we see. This is the main message of F’in’g = ν x (st) equation.

But this equation and the problem itself can be approached from opposite side, holistically.

F’in’g is a precise place where Moebius belt turns around. 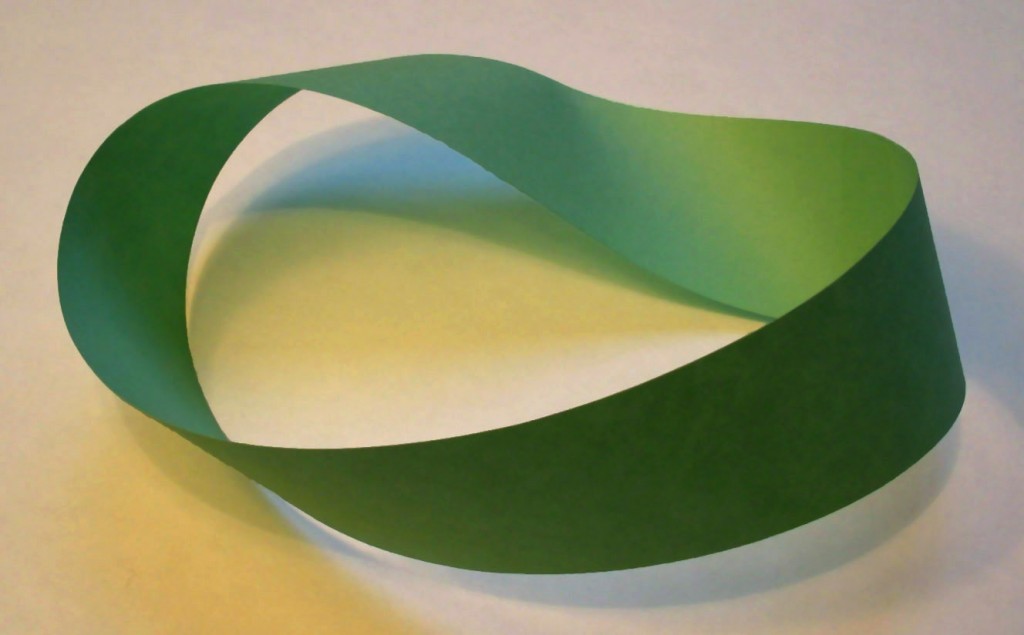 And as we know there is no precise point or line where Moebius belt turns around. You cannot scientifically analyse, dissect, Moebious belt. There is no unique point or line there that would either break or not break symmetry.

We could say that F’in’g = ν x (st) represented through Moebious strip is another mathematical expression of uncertainty principle.

If we prove discontinuity of everything with the entanglement of Higgs F’in’g value – it could be said that our argument rests on vicious circle, or better on Moebius stripe. This stripe as a story transgress not only Aristotelian logic but as much quantum realm  (very small) and realm of general relativity (very large). As such this metaphor beautifully describes qualities of life. Not only microbiology but also quantum mechanics prove that life does not rest within limits of DNA (genotype) on one side and living body (phenotype) on another. Life as something that replicates and rests on autocatalytic function, can be found on all levels of size. Complexity as prerequisite for life can be found on all sizes. Not that DNA and RNA are smallest units of life. Amino-acids and perhaps even parts of it are vastly complex, autocatalytic and thus alive. But also further above the size of human body entities ar alive. Brands, companies, Gaia, …

This proves that F’in’g = ν x (st) equation if taken scientifically leads to regression ad absurdum. But if taken as a simple metaphor for life, as a sense making story, brings us plentitude of options to understand that what is important and not only that what is measured.