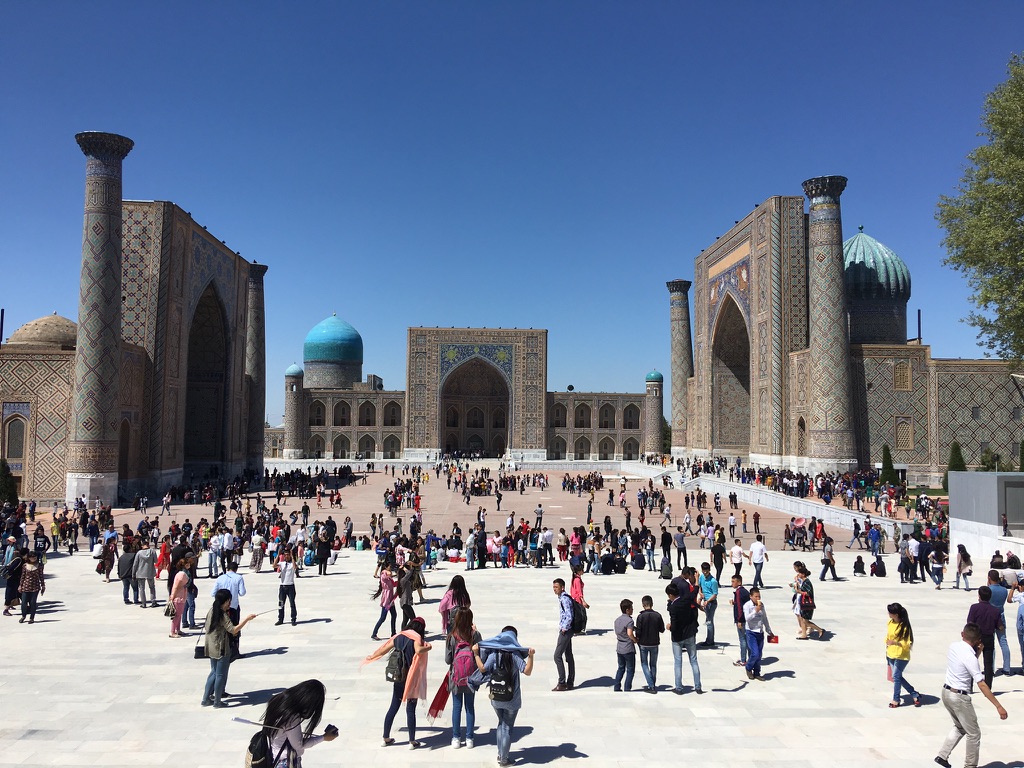 Memetics was introduced by Richard Dawkins in Selfish Gene the last chapter back in 1976. For a quite unclear reason, Dawkins himself never developed the theory further. Susan Blackmore, Kate Distin, Robert Aunger and Daniel Dennett are rare few that further developed the theory. But despite all mentioned are highly appreciated theoreticians of the contemporary era, memetics did not really embrace the theory of culture as it should.

In this post, I will try to explain why memetics still lacks theoretical support and then develop a sketch of a bridge that could bring memetics into the mainstream of social studies.

A peculiarity of human life

To understand the importance of memes, we have to ask ourselves about what constitutes human life. Contemporary biochemistry, genetics, and evolutionary theory clearly define the first and common threat of life as a particular complex of amino acids, proteins, DNA, RNA, genes, and chromosomes involved in the equally peculiar mitosis – meiosis process. Duplication of genes in a cell division and recombination of genes in reproduction represents the first indisputable cornerstone of life.

Interestingly, this first cornerstone works equally for all living creatures from mammals and all species based on eucaryotic cells down to prokaryotic single-cell species. There are differences along the line, but at least a few mentioned ingredients always occur within one of the mentioned processes. Let’s call this genetic first cornerstone of life.

But the evolution by natural selection »developed« another emergence that we cannot explain by genes and mitosis or meiosis, which is human culture. While we can trace elements of culture in other species and not only among humans, those traces lack universality of human culture. If beavers dam is a clear example of an extended phenotype that rests on ist genotype, humans’ cultural phenotypes (artefacts) cleaved themselves from direct dependence on genes and live independently.

Let me clarify this distinction a bit further. While beavers dams as extended phenotypes represent a sort of beavers culture, they do not evolve. Human artefacts, music, language and so forth, on the contrary, evolve on themselves. Beavers dams stay linked solely to beavers genes (genotype-phenotype connection) while human artefacts link not only to human genotype but link as much or even more among themselves. Music from the past influences future music long after a genotype of the original composer is already decomposed.

This conclusion leads us to the next one that is even more important. Since human cultural artefacts are not influenced only by genes, since they are not anchored to genes, they float around and »interbreed«much faster. A gene namely changes (mutates) very reluctantly. Extremely sophisticated repairing machinery in each cell prevents mutations from affecting genetic inheritance (information) to change rapidly. All that is linked solely to genes, like human bodies, change over time extremely slowly. Human cultural artefacts, let us call them memotypes, change/evolve extremely rapidly though. Such a rapid evolution happens due to their linkage to each other. Slight mutation of each artefact changes all other linked to it. So in culture, we experience effects like if human body traits would be directly heritable by offsprings. Our bodies are anchored by genes, while the culture has no anchor like that.

The Library of Babel

So far, my explanation was quite straightforward and nothing really new. And I guess that it is this on the first sight anarchic nature of the human culture that scared away theoreticians to explore memetics. Already strictly digital genes, constructed on digital DNA with only four bases (A, C, G and T) form 8,4 million different assortments out of 23 homologous pairs of chromosomes. Vast number but still manageable by geneticists. But the number of assortments of elements of culture should be vast as the library of Babel.

And from here, my first point emerges: Because the number of cultural elements is so vast, theoreticians avoided even to think that elements of culture could be digital. It would be impossible to make sense of such a library, as shown in the Library of Babel application. Thus, they forgot memes as second replicators and stayed by good old analogue school best represented by Robert Boyd and Peter J. Richerson’s book The Origin and Evolution of Cultures (2005). Thus, mainstream cultural studies still behave like children who hope a problem disappears if one turns away from it.

Let me now propose a path towards memes as a digitally explainable pandan to genes and memotypes as cultural artefacts that form the body of human culture.

First of all, we have to consider that memes cannot follow mendelian laws explained by dominant and recessive alleles of a gene and then further by X and Y chromosomes discovered by Thomas Hunt Morgan around 1915. A path from genes to genotypes can be traced bottom-up with all necessary details and pictured by Punnet squares to make it short. On the other side, the assembly of memes, combination and recombination of memes could be described by the quite different mental tool being in use no also for quite a long time. Cultural Network Analysis (CNA)

I am thus proposing a known tool to be applied to memetics. Each node represents a meme or a meme complex (M9 – M12) that connects to some other memes. Each meme’s size of the circle represents its reproducing power described by three known parameters, fidelity, fecundity and logeivity.

Memes in relation to the environment

If we accept such a memetic concept, an important question arises. What describes the above picture, memotype or expression of a memotype in the form of particular cultural artefact (memetic phenotype). The answer is not so obvious and to come to it we have to take into account that memes need substrate to live on, the human brain. Like genetic information needs amino acid structure to exist, so do memes need brains. And with brains as a substrate, we have to consider that brains are partly genetically hard-wired and partly soft-wired. Plasticity of brain rest not only of its physiology but also on constant recombination of neurons’ interconnections caused by external stimuli and perception. Brains thus exist only as related to the outside world. Brains cannot exist on themselves, as brains in the vat.

With their brains, memes also exist only as related to outside stimuli and memetic stimuli can be nothing else but memes themselves. This is partly an argument for a proposed Cultural Network Analysis representation of memetic structures and another important feature of how memes interact. The above hypothetical picture of CNA might occur in the same form within two individuals. Still, the phenotypic effect would be different, depending on the particular context in which those two separate brains live.

Thus, I have answered that the above CNA picture is the picture of memotype and that one such memotype necessarily produces different artefacts. This is why we say that the poem happens not in the book but as the interaction between words and a particular individual. That is why we know that each of us creates its own cultural artefact from the same picture that we observe. The visual stimuli of a picture trigger the emergence of specific memotype within our brains dependent on visual stimuli and as much on our personal context.

The holism of memes

This brings us to yet another peculiarity of memetics. It cannot be but holistic. I mean that unlike the story of genotype end phenotype, which can be described bottom-up, memetics asks for a top-down explanation. It is a context in memetic, intersubjective context may I add, that make sense of specific memotypes. Sense does not come bottom-up, but top-down. The sense is holistic.

And that is why memetics is such a strange field to all theoreticians that live in reductionism. The sense is namely of dual nature. Partly it is hard-wired, reducible, but partly also comes a priory. We know before we can explain why we know. We react faster than we know because we are hard-wired, but we know before we understand because memes hierarchy goes top-down, from more abstract to more particular. The memetic world is partly deductive but at the same time completely inductive. Thus, we could say that memes are at the same time digital units, but digital units that behave in an analogue way (holistically).

Power law as an underlying principle

And lastly, let me explain the laws behind the combination and recombination of memes. Their lives and reproduction can be described neither by meiosis nor mitosis but with the power law. Memes reproduce and get stronger according to the power law. That is why only a few get almost all of the attention while larger majority vanish in almost absolute anonymity. COVID pandemic as an example of contemporary extremely powerful meme-complex overshadowed recently overwhelmingly powerful climate change meme-complex, while for instance, tobacco-health meme-complex fades away. According to power-law, only a few memes rule in a particular period. Other examples of CNA also prove that all networks like that form according to power law rules.

The last point to make is about the identity of a meme. Memes are the smallest elements of a sensemaking activity. Describing the structure of memes request serious further elaboration. Imagine the structure of genes; from base pairs, nucleotides, codons, alleles to chromosomes leads a path that is not always simple and is even less straightforward. It will take some time to define different verbal, pictural, musical, technical and perhaps even some other types of memes. As it was a long way from Georg Mendel to Francis Crick, so we should not expect memetics to evolve overnight.

And this concludes our brief exploration of why memetics is not widely accepted and what could be the theoretical foundation of memetics in the future. This is a sketch that needs further elaboration. Many questions of mechanisms behind are left open. But what I hope I have achieved is to picture the field in which such elaboration should occur. This field is limited by a top-down approach, CNA, power-law and intersubjectivity.