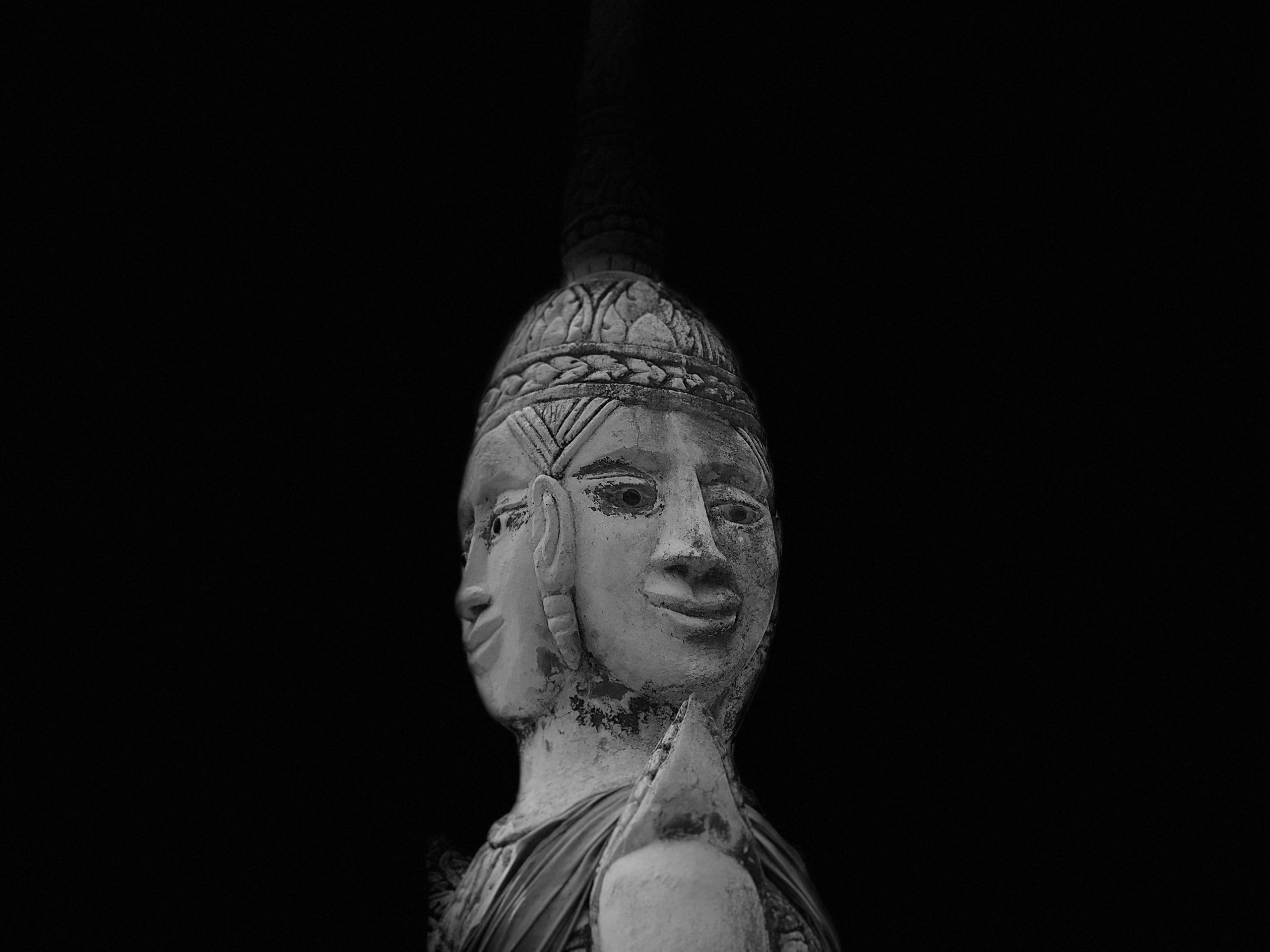 Following the overload of reflections on Corona crisis, I cannot but notice notorious miscomprehension of the term crisis. This post intends to clarify the crisis from the viewpoint of evolution, evolutionary biology, complexity theory and memetics since the crisis is a keystone of all mentioned realities of life. And as we shall see, to understand this concept is crucial if we want to survive Corona crisis and leap into normality.

Is normality opposite of the crisis?

Yes and no. It depends on the viewpoint. For the one that is affected by the crisis, a crisis is far from normality. But if we take a bit more global perspective, each crisis is a part of normality. With such a change of viewpoints, we can simply consolidate Thomas Kuhn “paradigm shifts” from his famous The Structure of Scientific Revolutions with the prevailing notion that science progresses gradually. The scientist that shifts the paradigm, brings into particular scientific domain such a new conception of reality, that was previously unimaginable.

Most of such paradigm shifts appeared as a crisis. How do we know this? For there were rejected by prevailing normality, at least for some time. Darwin’s theory of evolution by natural selection was rejected quite some time. It is still not accepted by everyone, but the situation changed by now insofar that now theories that contradict Darwin’s theory became possibly revolutionary.

I do not want to dispute who is right. For today’s purpose, I only want to help you understand the dynamics between crisis and normality.

One could also find paradigm shifts that were accepted quite fast, like Einstein’s theories of relativity. One could say that physics of his time came into a crisis for it became clear that Newtonian mechanics cannot solve all observed phenomena. Einstein did not revolutionise science but normalised science that was in crisis.

Let me take another example, string theory. Do not worry; I do not intend to enter details of various string theories. What I want you to know is only that string theories appeared almost 40 years ago aiming to unify all four known forces, gravity, electromagnetic force, weak nuclear and strong nuclear force. String theory wanted to consolidate relativity with particles physics (sorry for my over-generalisation). But then: how come that thousands of scientists, believers in string theories, could not resolve what they have for their goal? They predicted a paradigm shift that did not occur. Nether they revolutionised the science, nor they normalised it. They failed. A paradigm shift cannot take 40 years! As simple as that.

If it is not yet clear this peculiar dynamics between crisis and normality, let me use the famous Per Bak model of sandpile and self-organised criticality. In simple words: If sand grains are falling from one source, sandpile starts to grow. As a sandpile grows, avalanches begin to occur. Some grains slide down isolated. Some grains stick somewhere upper and slide down later in small avalanches. From time to time a grain stick somewhere high in the sandpile and becomes a part of a massive avalanche.

Crisis as an avalanche

Avalanche is a crisis not so much for the sandpile, but for individual sand grain. From a global perspective, as long as we observe one single sandpile, sandpile only grows. Avalanches represent normality for the growth of a sandpile. The picture is different from a local perspective.

A change of a position in a structure (sandpile) is a crisis for that grain.

Black swan, conceptualised by Nassim Nicholas Taleb, is nothing but a massive avalanche. Stating that, I am not in line with Taleb, nether was Per Bak. Black swans are rare, but predictable avalanches. They have substantial local consequences, but they are not unknown unknowns. We know that from time to time, strong earthquakes occur here and there. From a global perspective, they are normality, from the individual one, they represent a crisis that most generations will never experience. COVID-19 is such known unknown, such predictable unpredictable event. It was known that something like that would happen (from the global perspective), but since each individual lived only in his locality, it does not help us to be aware of the global perspective.

Beware of a global perspective.

If nothing else, I hope that Corona crisis enabled us to understand how dangerous is universalism and globalism. Does it help me at the moment being healthy (i hope) in a self-isolation to know, that COVID-19 is a part of normality? And even more: it became quite clear that literary no one can escape being local only. Take, for instance, WHO. Should not »they« represent a global view on the situation? Give me a break! They were campaigning against wearing masks even after China went out of crisis partly by taking instructions seriously to wear masks. WHO is as much particular as I am. And so are all multinational, globalist institutions within the United Nations.

It is now easier to understand controversial approaches towards Corona crisis. On the one side are those that take Corona from a global perspective. They see it as a part of normality. And they are right, for as we have seen, Corona is larger, hopefully not black swan event. Even if it happens to be THE BLACK SWAN EVENT that will eradicate human species, it still will not eliminate life from the earth. So from a global perspective, even the eradication of humans is part of normality.

Fortunately, the majority of responses at least after the seriousness of the situation was understood took the opposite pole, local perspective. Even though we all know that we are all dead in the long run, we still want to survive in the short term. So Corona was understood as a crisis. Fortunately, we started to realise that we cannot stand outside of that Per Bak sandpile observing beautiful avalanches since we are part of one that might seriously threaten not only our memetic position in the hierarchy (which will happen later with shifts in economy) but even our lives.

Only as local, as totally self-centric, even selfish, as explained in one of my previous posts, we can and should take a broader if not yet a global perspective. Such is the power of humans in the contrast of animal powers that we can see us, our locality in the future. As intentional beings, we know, or at least, we should understand that avalanches do not last long, as we have seen with the string theory case. Since most of us have or will take care of a crisis with as strong measures as possible, we already know that we will have to normalise both the virus and all measures that will stay in place on a longer run. As much as we had to normalise high speeds and exhausts of cars in comparison to horse carriages, we will normalise masks and perhaps some other measures that we cannot be sure about at this moment. I hope that Apple will take care of face recognition with a mask soon. That would definitely be an essential part of normalisation.

What is then not a crisis?

If there are special rules that should be taken when in crisis, it holds that those same rules are inappropriate in cases there is no crisis.

Measures that have to be in place in crisis are evasive, painful and costly. For that reason, they should last as short as possible. One has to cut the heavily infected leg or tumour wholly and fast and then as soon as possible take a positive approach towards the injured. Surgery without recovery makes no sense.

But, how do we know that some event is a crisis and another not?

First selection comes from a time perspective. If some event already takes a long time, then it is definitely part of a crisis. Such is a case of climate change. Even if one does not take into account that climate changes all the time, it is hard not to take time perspective seriously. In this case, it seems that globalists claim that we are in crisis, but they propagate crisis now for about 25 years. Twenty-five years are a proof that we are talking normality, but also that propagators are not globalists, but (as it happens in all cases) particularists that want to gain economic benefits from their globalistic masquerade.

Leaving apart such apparent scams, it is impossible to know in advance whether some event is leading to a crisis or not. You only see that you are a sand grain within an avalanche after you start to move after you are already in a crisis.

How to protect yourself from a crisis?

We have seen that we cannot avoid crises. We are part of small and also more significant avalanches all the time. But do not worry, evolution already created solutions: various insurances.

There are so many known unknowns that we insure against, that it is impossible to mention them all. All sorts of health, life and property insurances are available bot on a commercial and governmental level. All of them take into account that crisis will eventually happen and secure us against massive loss by the advance accumulation of small premiums. Problem solved.

And here we come to my final argument that was briefly announced already in my previous post. The State only role is to supra-insure against substantial threats that were not yet incorporated into civil insurance schemes. Civil insurances, for instance, already insure us against damages of earthquakes that happen quite regularly. But if a major, catastrophic earthquake happens, it should be the State that supra-insures both commercial insurance companies and individuals behind. Same goes for various diseases. It is impossible to think about a commercial insurance packet against COVID-19 event. The State should give back all saved resources so far. Should States behave like such super-insurances, many of us would not suffer so much by not having enough protection medical equipment. After COVID-19 normalises, commercial insurances will be perfectly able to take care of it.

So we can conclude that there is a crisis, that are global crises, that represent a significant threat to individual security, States should take that care as supra-insurances. But then there are zillions of minor and medium size crisis, that are already so normalised, that civil society can handle them.

If one takes all crises from insurance capability, then we cease to speculate and talk nonsense, but start to take life bottom-up, seriously in responsibly.