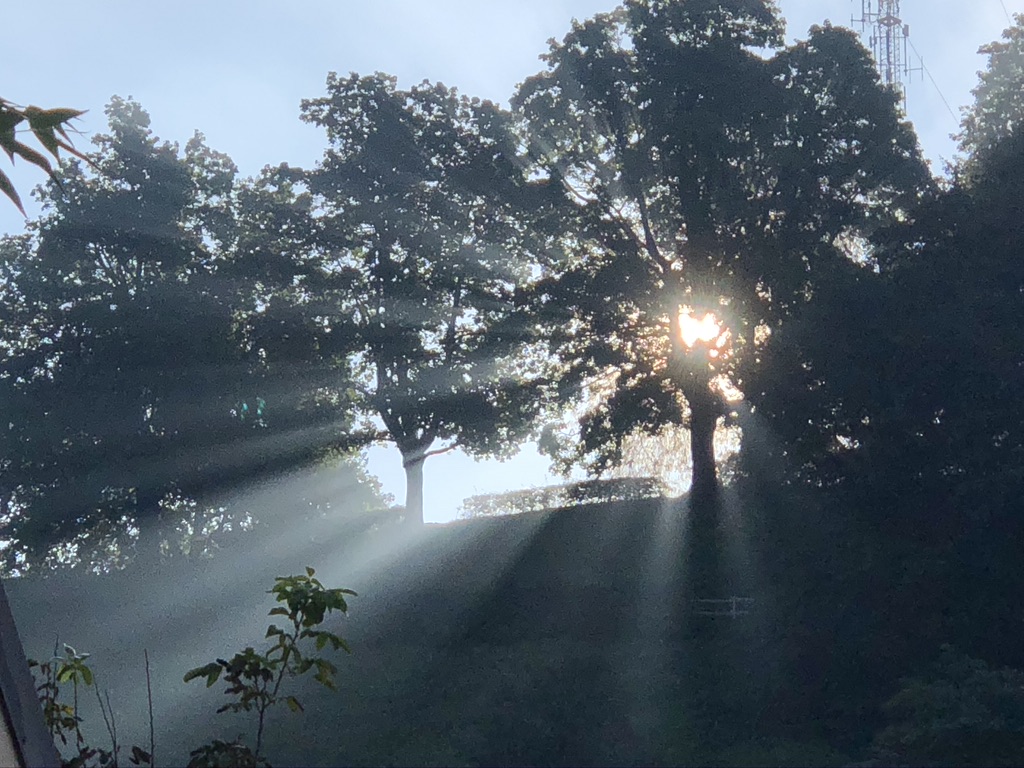 A close friend of mine and a brother, Peter, recently came up with peculiarity of Slovenian language that differentiates light as a source of light and light as a product of that source.

»Luč« in Slovenian denotes the source only while »svetloba« denotes the result of that source. Peter cleverly noticed that while the light as a source stays as something objective, the light reveals as something personal, something that each of us constructs for himself as a personal experience.

Should the peculiarity end here, I would not devote it a post. But then Peter added the analysis of the word »svetloba«. The root of »svetloba«, »svet«, is a full word of being blessed, being a saint, being holly. So the one that is enlightened is at the same time being blessed, and being blessed is as we know not something objective but utterly personal. It is even more peculiar than other Slavic languages do not share two words for light with Slovenian language. All languages I checked from Sinhalese, Hindi, Urdu, Esperanto, Thai, French, Yiddish and so on have only one word for the two of Slovenian.

I do not want to say that we are chosen people, but that fortunately there is one language that is explicit about the double nature of light that was obscure even in sacred scriptures of ancients. Should this distinction be clear, it would also be easier to understand the difference between (any) God as a source of light and enlightenment that happens (or does not happen) as the end result of the source. And it would then also be clearer why it is wrong to understand Enlightenment of the 17th century as the starting point of secularism. Prominent figures of the Enlightenment like Hobbes and Locke, for instance, were as far from secularism as is the Pope from Richard Dawkins.

The light and the value

But let me remind you of another peculiarity of Slovenian language that I discovered while developing Branding theory revealed in Brandlife and to a certain extent also in the post The Price of the Value. We Slovenians have two words for the value. One, »vrednota« denotes the subjective value while »vrednost« denotes material value. »Vrednost« is directly linked to the price while »vrednota« has no price.

Could we then say that the light as the source, »luč« has material value while the result of the light, »svetloba« does not? This is a very tricky question since Phillips, for instance, tries to change its business model from charging light bulbs to charging the light as an end result. I doubt they will succeed in this, but should they, it will disprove the link between values and light but still prove the superiority of Slovenian language in its separation of the source from the result.

Does God have a Price?

But finally, it would be intriguing to evaluate the price of the ultimate source of light, the God, should the source have some material value/price in distinction to subjective value of the end result, enlightenment itself. Would not such dualism explain the opposition between Catholicism and Protestantism, former as somehow charging the source of light through indulgence and later as rejecting the possibility that a source has or should have any material value?

In any case, I’m using the example of »light« as the proof of intersubjectivity of human knowledge on one side and as the example of how important it is to take language seriously, as a source of our enlightenment, if taken rigorously.