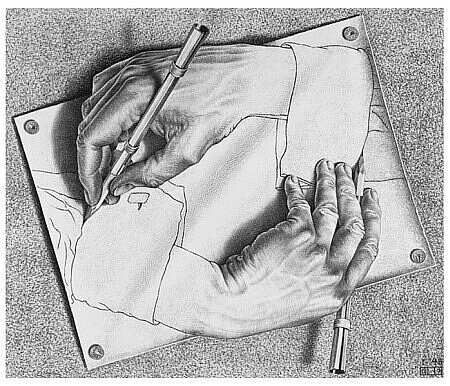 According to evolutionary theory, every complex system evolves.

Since science (geology, physics…) proved beyond every (?) doubt that Universe is 13.7 billion years old, and that after “big bang” Universe evolved following some strict laws, what does this mean for creationists belief. If science says 4,5 billion years for Earth, how could creationists give her only 6000 biblical years.

And vice versa. Evolutionary theory represents a blind spot for creationism. They are sides of the same coin. One cannot exist without another. First one is consistent about “what it is”, later one about “what it means”.