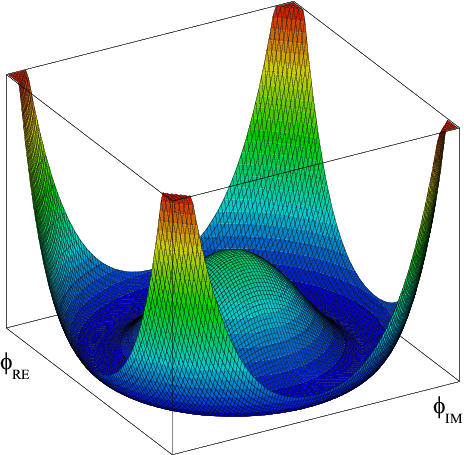 Higgs boson mass should be between 125 and 127  GeV/c2 according to 2012 CERN discovery. When proved  with 5 or more sigma it should have a mass somewhere there and with that it would fill one of existing gaps in standard model of quantum mechanics. Since Higgs boson “explains” how some particles get mass, Higgs could lead to unification of quantum theory (digital, small-scale) and gravitational theory (analogue, large scale).  We could say Higgs brought  not only all 4 forces of nature closer to one GUT (Grand Unifying Theory), but also digital (quantum) and analogue (non-quantum) world the one that speaks one language.

I am fully aware that the story presented in previous paragraph is far fetched even from the standpoint of craziest physicists. But what is true is that GUT is every physicist dream. It is a holy grail of reductionism and prevailing philosophy of post renaissance science.

I would understand this dream on lower level as well:  It is comparable to a moment where good old LP records (analogue – Einstein-like) could be read by CD (digital) players: and vice versa of course. That is why some call Higgs boson “god’s particle” and some more modest “the champagne bottle boson”.

As it is implied with analogue-digital record analogy: Higgs boson was proved, but discovery is not going to close champagne bottle (the bottle is going to stay open and sparkling at the same time!), and it will not unify theories as much as sides on Möbius strip are at the same time two and at the same time one only.

Particle physicists are making wrong conclusions since they do not take in account following simple and solid equation of any particle that is going to be discovered in the future (including Higgs). It does not describe its mass, but it’s “quality” – which should be added to spin, color, electric charge, and other quantifications of particles.

F’in’g is Force in gravity, but in the same time as “fucking” (terminus technicus)
ν is as usual frequency but in a sense that covers quantity as well. Frequency combines (unifies) wave and particle. Photon for example is described in such manner.

But are not all quants sharing similar “quality” of being something that exist only as oscillation. And further, as proven for all other human size phenomena, all of them exist only in relation to, as intersubjective; all exists as oscillations only.

(st) as spacetime confines this function to whole Universe regardless of particular dimension or place, but always in time.

Second equation defines a quality of Higgs boson as F’in’g.

What happened after Higgs boson was discovered or better said: proved? According to Einstein mass conservation principle QH is going to be found in Higgs2 (not yet theoretically envisioned and not yet named). It is going to be F’in’g property of Higgs2 – and so on (regression ad infinitum).

As my readers might expect, nut much was said about Higgs boson itself in this post. For all of you that would like to get closer to Higgs, please find this reference of Anna Kurcikova I have found it recently. Good starting point for all of us that did not reach PhD in physics.