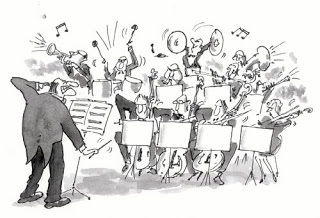 I like Quora very much. People ask questions there. Since we all know that there are no stupid questions but only stupid answers, I tend to interact from time to time, even in cases when my initial sense urges me not to. Some apparently “stupid” questions quite often lead to areas of thought I would have never gone without the help of such inquiry.

But as already mentioned, there are no stupid questions and is no excuse not to respond.

Let us start with a simplistic common-sense explanation.

It is impossible to define all those individuals who understand themselves as Republicans say about anything. The same rule applies to all individuals that are party members. Even party members might have slightly different views on many important issues. This leads us to the critical question of whether a party as an agent, as a brand, could, in principle, have a statement about any issue? Don’t we all the time encounter this or that party member that at least slightly disagrees with another? How could a party’s single voice come from disagreements? It cannot, in principle.

So, according to such a simplistic view of unit (person) and community (party), neither republicans nor democrats nor any other party can express any clear position about anything in theory. Should that happen (according to such a simplistic view), such a party would soon have one member only. Only individual opinions and viewpoints might be co-branded to a particular party brand. Each such different voice adds up to the complexity of the party brand.

A single voice from the meme point of view

But then we have to consider a less simplistic view on unanimous voice. After psychoanalysis and later neuroscience proved that even if one person does not sing unanimously, we should search for the first possible single voice much lower. And since we know that humans are a kind of meme-machines (according to Susan Blackmore), only memes can have a unanimous voice. Since memes are not responsible agents but humans only, we should consider that sacks of heterogeneous and often conflicting memes called humans have confused voices in principle.
But then, if humans are sacks of memes, this opens an option for a more complex brand (party brand) to select only those memes from member sacs that do not contradict! At least in principle, a single party voice is achievable, while a single individual voice is impossible. It is not a question of contracts but a question of memes.

What single voice is produced by the orchestra?

The worst possible music is composed of a single voice. An orchestra sounds good when various voices emerge with coherent results, sometimes even contradicting. Although Standard Branding Theory proclaims a search for a single voice, such a single voice should not be understood as USP (unique selling proposition). The single voice should be understood as a finely tuned diversity of voices.
So if there are different and sometimes even conflicting Republican voices about global warming, that does not mean that the Republican party conflicts with its members. They might be, but as much they might produce a coherent emergent result from diversity. But the evaluation of whether the result is harmonious or just confused lies in each individual in contact with their music. Brands are intra-subjective. The music played is essential, but the music received makes a final evaluation.