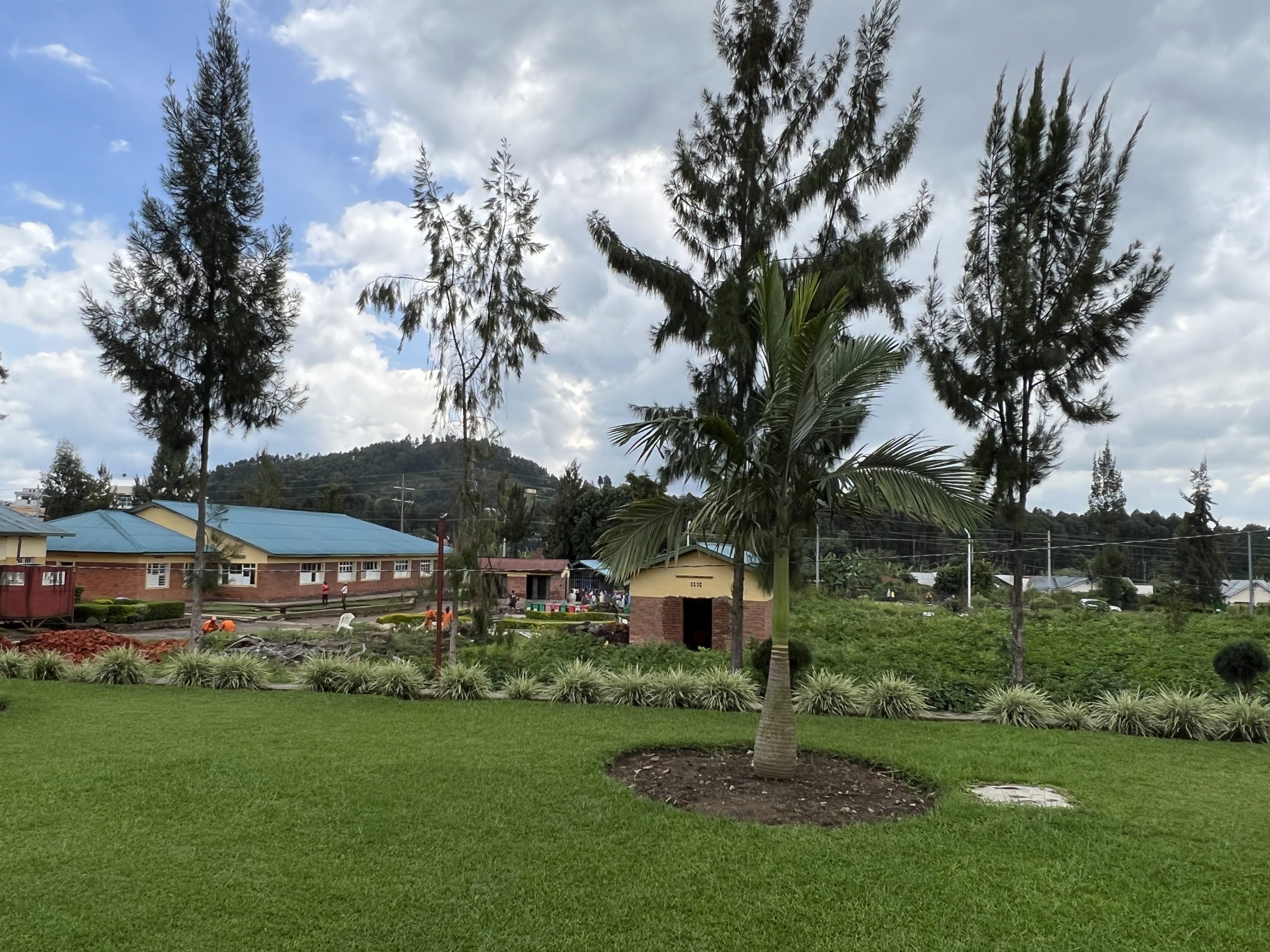 Therefore:
(1) gacaca truth-seeking and national reconciliation was the only option after the Rwandan genocide, not because it would be impossible to conduct 1,000,000 trials fast enough (the Rwandan government’s argument for gacaca), but because the traditional, bottom-up, non-intellectual, non-formal, non-Western approach to reconciliation and truth is the only way.
(2) The Western top-down justice system, on the one hand, heals deeply wounded intellectuals who know but cannot accept the emptiness of formal democracy, and, on the other hand, divides the society of privileged intellectuals tied to the ruling class from the masses who have forgotten the old traditions of sages informally elected by close-knit local communities.

Firstly, I must thank Jimmy, our perfect host, who was not only a perfect host on his recent Rwanda trip, but also an enthusiastic storyteller about the Rwandan genocide and post-genocide social development.

Secondly, I must thank David from the Natural World Safari agency for choosing Jimmy as our host. We love nature. Our only goal on a trip to Rwanda was gorillas. But as is so often the case, the journey is the destination. And on the way to the gorillas and back, something unexpected opened up for us: to appreciate and at least partially understand the surprisingly quick Rwandan reconciliation after the genocide. And it gave me an additional opportunity to clarify human memetic nature.

And as it so often happens, one does many things by chance that only later turn into something meaningful. The above photo was taken at the local hospital in Musanze (formerly Ruhengiri) while we were waiting for the Covid PCR test. Jimmy told us that the men in Orange working on the local infrastructure are prisoners. I was not aware at the time that they were most likely genocides.

The impetus for this post was the connection I immediately made between Gacaca, as explained by Jimmy, and the memetic nature of truth. The post is based on:

What is gacaca about?

Third, despite the scarcity of resources, Rwanda is the first country in the history of humankind uncompromisingly willing to prosecute all actors involved in genocidal activities. Beyond criminal proceedings before the ICTR  foreign courts adopting universal jurisdiction (first of all Belgian, but also Swiss German and Canadian), Rwandan national courts and gacaca courts offer, as indicated above, a fascinating example of legal pluralism and an opportunity to compare different justice mechanisms. Finally, the Rwandan experiment in adopting a local justice approach within a transitional justice framework turned out to be the most ambitious ever: in June 2012, when gacaca courts had concluded their work, 1,958,634 genocide cases had been dealt with.

Inkiko gacaca became fully operational in 2006. In the mind of the Rwandan government the new gacaca system, centred on participative justice, embodied truth seeking, reconciliation and healing virtues. According to the Rwandan Minister of Justice, the population who witnessed the massacres during the genocide had to act as ‘witness, judge and party’.

The failed criticism of gacaca

There is quite extensive criticism of gacaca in the available literature. It is reflected in the Wikipedia article mentioned above and is best elaborated in the article: Trust, Individual Guilt, Collective Guilt and Dispositions Toward Reconciliation Among Rwandan Survivors and Prisoners Before and After Their Participation in Postgenocide Gacaca Courts in Rwanda. (Kanyangara et al. 2014). They all base their critique on the ideology of the Western legal tradition and its Fair Trial Standards. The fact is that gacaca failed to meet almost all Western standards.
(1) there was no equality before the courts and tribunals because there was no presumption of innocence.
(2) there was a prosecutor, but the accused had no right to a lawyer and no defence.
(3) The tribunal was popular and had almost no legal competence.
(4) The gacaca was not about the burden of proof, but about the duty to confess.

What makes gacaca so special?

However, the difference is enormous and is based on two premises:

The first is the concept of truth, which was previously introduced in South Africa in similar cases:

The South African Truth and Reconciliation Commission (that was one of driving forces for reintroduction of Gacaca in Rwanda) has identified four levels of truth: (1) factual or forensic; (2) personal or narrative; (3) social; (4) healing or restorative.

The above quote aligns with my conception of truth as an intersubjective memetic entity. According to the definition above, the fourth feature of truth is intersubjective and memetic, the second is a memetic basis for intersubjectivity.
The last three characteristics of truth are absent in the Western conception of truth, which understands truth only as factual and forensic. For this reason, Western truth is truncated, narrow and deconstructs society. Truth based on formal democracy plunges Western society into a moral abyss.

Communist courts, unlike gacaca, completely disregarded factual truth, forced narrative truth from the bottom up and failed to address the social and healing components of truth.

The second stems from the traditional bottom-up legal system that gacaca originally meant.

Gacaca describes the place of short grass where the wise men of the local community met, discussed local problems and settled disputes as well as offences and crimes. Justice and protection in such cases come from wise lay people rather than professional intellectuals trained at universities and appointed by state institutions.

If one wants to achieve social cohesion and healing after interpersonal conflicts, such cohesion can only happen intersubjectively, where lay people discuss with other lay people. When formal courts make decisions based on the abstract top-down legal system, the decisions are accepted but never internalised. This is especially important after such a complex phenomenon as the Rwandan genocide, the Bosnian genocide or the Israeli-Palestinian conflict. Our experience shows that Gacaca is painful for the individual but socially successful, while in Bosnia, Israel and Palestine the individual is still self-centred while societies suffer. In Bosnia and Israel, there is no gacaca-like platform for discussion from the bottom up.

The case is closed.

Now, one last observation needs to be made. The contemporary Rwandan gacaca is called Inkiko gacaca and is different from the traditional gacaca. (Sullo 2018) p131. The main difference is that although it is based on a bottom-up ideology, it has been enforced by the Rwandan government and imposes certain rules on tribal, local and regional tribunals. So the Rwandan case of the gacaca is a mixed case, and in my view this opens up the possibility of a future failure. I sincerely hope that social healing has succeeded to such an extent that the road to full reconciliation is now irreversible. When the power of intersubjectivity is unleashed from the bottom up, even the top-down constraints cannot prevent it from taking effect (I hope). Even the harshest critics of gacaca (Kanyangara et al. 2014) have to admit a positive development of social healing in Rwanda.

Kanyangara, Patrick, Bernard Rimé, Dario Paez, and Vincent Yzerbyt. 2014. ‘Trust, Individual Guilt, Collective Guilt and Dispositions Toward Reconciliation Among Rwandan Survivors and Prisoners Before and After Their Participation in Postgenocide Gacaca Courts in Rwanda’. Journal of Social and Political Psychology 2 (1): 401–16.